This Week on History Happy Hour: A pivotal WWII conflict hardly anyone knows about. In August 1939, as Hitler prepared to launch his panzers against Poland, the Soviet Union launched a major offensive against the Japanese Army.

It was headed by General Georgy Zhukov, who later became the Society Union’s premiere WWII commander. The obscure battle of Khalkhin Gol was the climax of an undeclared border war that was to change the course of WWII. 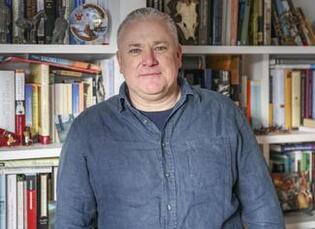 DR. DAVID MURPHY is a lecturer in military history and strategic studies at Maynooth University in Ireland. A graduate of University College, Dublin and Trinity College, Dublin, he has also lectured abroad at various institutions including the West Point Military Academy and the US Command and Staff College. He has also been a visiting fellow at Oxford.

He has published widely and his publications include The Finish Soviet Winter War, 1939-1940, Breaking Point of the French Army: The Nivelle Offensive of 1917 and Lawrence of Arabia. Murphy is working on a book about the battle of Khalkhin Gol. He is a fellow of the Royal Historical Society.