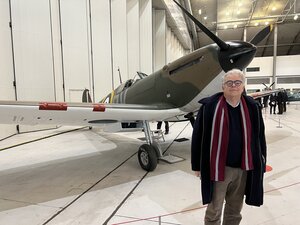 Back in January Rick let me out of the house and I was able to make a History Happy Hour field trip to IWM Duxford to check out their amazing Spitfire: Evolution of an Icon exhibition and attend the museum’s Spitfire conference. The temporary exhibition, which runs until February 20, 2022, features 12 different marks of Spitfire from the very first production model Mk I through to a late war Mk XI. There were also components of a post war Mk 22, which is under conservation and a Mk 24 in a separate display. As far as I know, it is the first time that an exhibit showing the evolution of this iconic aircraft over time has ever been attempted.

One of the remarks that Spitfire aficionados have all heard is that the only thing that a Mk I and Mk. 24 have in common is the rudder peddle. Seeing the different marks side by side gave me an opportunity to understand the evolution of the plane over time and how Reginald Mitchell’s remarkable design was adapted to the demands of the war. The planes on display were all fantastic, but for me my favorite had to be N3200, a Mk. I Spitfire that was assigned to 19 Squadron, which was assigned to Duxford in 1940, and flown by Squadron Leader Geoffrey Stephenson. It was shot down on its first, and only, operational mission on May 26, 1940, over Dunkirk and remained submerged where it laned until the 1980s. Other highlights were EP120, the Mk Vb Spitfire Canadian Squadron Leader Geoffrey Northcott used to shoot down six German fighters and PL983, a PR Mk XI photo reconnaissance Spitfire known as “L.” Beloved here in the UK, L became famous during the height of the COVID pandemic in the summer of 2020 when her crew had “Thank U NHS” emblazoned on the wings and she was flown over British hospitals on Thursday evenings when we were still doing claps for carers. Today, the plane is covered with the names of people who have donated to the NHS trust.

After spending the day gawping at Spitfires, I was joined the next day by History Happy Hour alumnus Hugh MacDonald Buchanan to do some site inspection work for our upcoming Battle of Britain tour. The first stop was to visit the remains of RAF Steeple Morden. During World War II the base was initially used to train Bomber Command air crew. More importantly, after Americans began arriving in Britain it was turned over to the 8th Air Force and used as the home base for the elite Second Scouting Force and the 355th Fighter Group. Known as the “Steeple Morden Strafers,” the 355th was credited with destroying or damaging some 1,500 enemy aircraft, which made it the top-scoring strafing unit in VIII Fighter Command. It also provided fighter escort to 8th Air Force bombing raids deep into Germany and was present in the skies over Normandy on June 6, 1944. The 355th constructed an impressive, and unique, memorial that features the nose cone of a P-51 Mustang. Once we’d seen what remained of the airfield, we traveled to the nearby St. Catherine’s church to see the impressive stained-glass window dedicate to the men of the 355th. 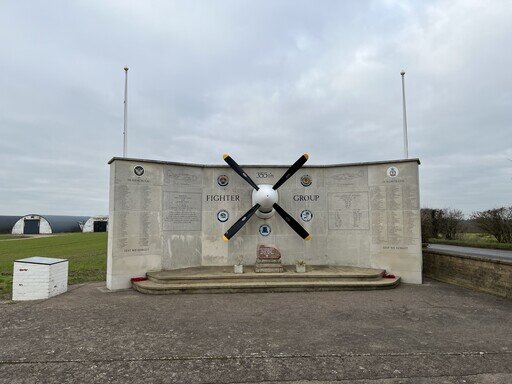 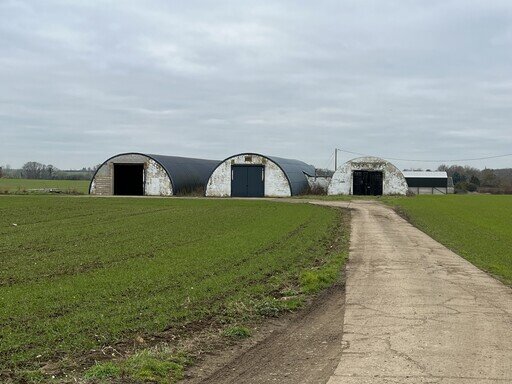 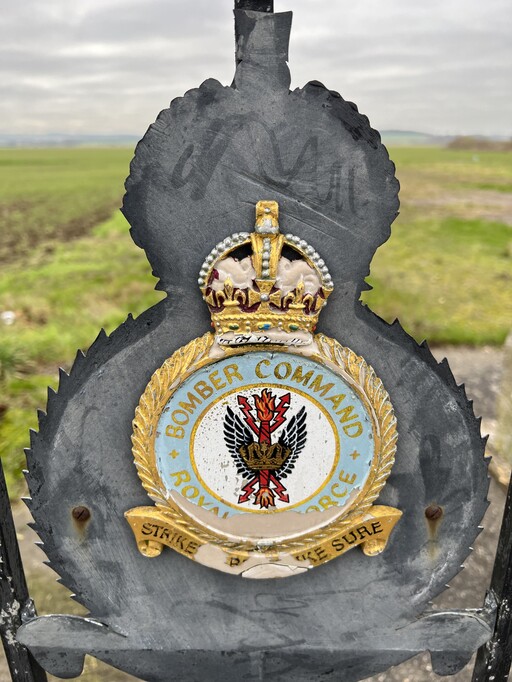 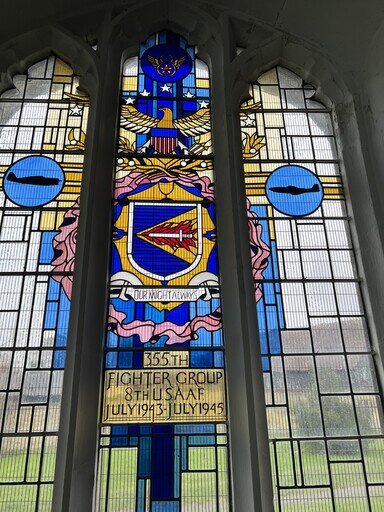 Hugh and I finished up the next day by attending the one-day Spitfire Conference back at Duxford where we had a chance to listen to several experts discuss the Spitfire and its place in history and finished up with a viewing of the 2018 documentary Spitfire: Inspiration of a Nation and discussion with the film’s director. All in all, a wonderful few days away that, I hope, will lead to some exciting future HHH programming. Here’s hoping Rick lets me out of the studio more often!