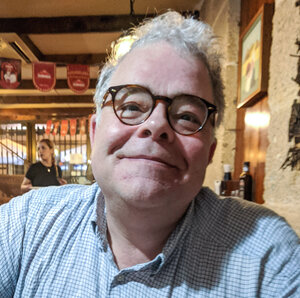 Chris Anderson is the senior historian for Stephen Ambrose Historical Tours. He is well versed in many aspects of American history with special expertise in the Normandy Invasion, the 101st Airborne, the history of Scotland, and the American Revolution.

As the former editor of WWII Magazine, he edited and wrote about all areas of the U.S. involvement in that war. Chris was also one of the original creators of the Stephen Ambrose Band of Brothers® Tour and was a personal confidant of Major Dick Winters, commander of Easy Company, as well as many other veterans of WWII. In 2018 he was inducted as an honorary member of the 506 Parachute Infantry Regiment,

Chris lives in London, where he chronicles his visits to the places where history happened and the fascinating people he meets along the way in his blog, History Hikes. 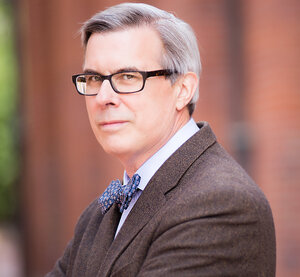 Rick has been researching the WWII Deception unit known as The Ghost Army for more than fifteen years. He produced and directed the award-winning PBS documentary The Ghost Army, and co-wrote (with Liz Sayles) of The Ghost Army of World War II. He is president of the Ghost Army Legacy Project and created the Ghost Army tour for Stephen Ambrose Historical Tours.

Rick has made numerous history documentaries for The History Channel, National Geographic, the Smithsonian Institution, and others. He is the author of the The Greatest Stories Never Told series. He has shared his unique take on history with audiences around the country and appeared on CBS News, Fox News, NPR, CNN and elsewhere. A graduate of Dartmouth College, he lives in Chicago.